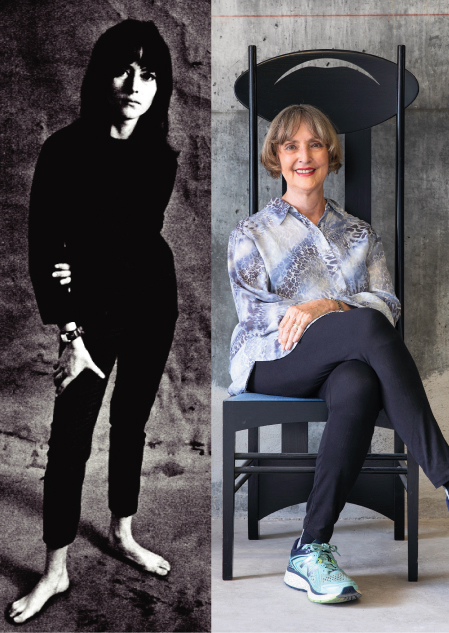 Tina Spiro, B.Sc., MFA, is a Jamaican/American artist born in New York who maintains studios in Jamaica and Miami. Her career in art spans five decades exhibiting in museums, galleries, and biennials internationally. Her art is dedicated to environmental and humanitarian issues, embracing a combination of technical and conceptual practices: classical painting, Minimalist sculpture inspired by her mentor sculptor David Smith, and pop elements derived from her friend Andy Warhol. She has also had a distinguished career as an art historian in the field of Caribbean Art, curator of large-scale exhibitions (Omniart I, II, and II for the City of Miami for Art Basel), and educator in art history and studio art. In 2002 she established the MiART Foundation in Miami, producing large-scale art events and public projects dedicated to environmental and humanitarian issues. She also serves as a Director of the Board of Management of the National Gallery of Jamaica.

From an early age my artwork has been dedicated to nature and understanding our relationship to our environment. As we stand on the brink of the most pivotal era in human history, we are faced with multiple crisis (climate change, pandemic, the degradation of the human spirit), raising awareness through art is not enough. As artists we are obligated to envision an alternate future where the interdependent forces of humanity and nature work together according to universal principles. Through my art, I

aspire to envision solutions through enlightened thought as expressed in the images. Guided by an unseen hand, I am seeking to bridge the gap between the artwork and the viewer to communicate these urgent messages. As the prophetic journalist Umair Haque has warned us, “Change or die”. Yet the light keeps reminding us, “Change and live”.